Here’s a shout-out for an upcoming author, Serena Clarke. I’ve read her first 2 books and am excited for her 3rd story in this series that will be released some time later this summer. Fantasy has become one of the most popular genres because you’re taken into a completely new world… a world of magic and mystery… where almost anything can happen. In this series, there is an enchanting kingdom and mystical creatures that reside in the forests.

The Treasure of Isian is the first book in The Isian Series. Prince Garin is a brave, proud, adventure-seeking prince. Elani is his most trusted servant and she would do anything for him. Their quest to find the mystical Treasure of Isian is immediately interrupted and they find themselves confronted END_OF_DOCUMENT_TOKEN_TO_BE_REPLACED

I’m excited to introduce you to Cami Checkett’s newly released book, Redeem This. It’s the sequel to Blog This, and both are suspenseful romance with lots of action.

Some men are beyond redemption. Alex is one of them.

After Alex Chakhota was blackmailed and manipulated into becoming a hit man to protect his sister, serving time as the FBI’s assassin doesn’t do much to ease his conscience. His next assignment brings him face to face with Brittany, a beautiful woman that believes he’s more than the killer he’s been made into. The road to redemption is long for someone with a blackened soul, and with lives hanging in the balance, Alex has a short deadline. END_OF_DOCUMENT_TOKEN_TO_BE_REPLACED 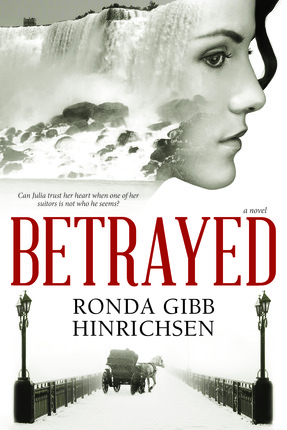 I love reading! (You probably know that by now.) And I love reviewing a good book, and Betrayed by Ronda Gibb Hinrichsen was an exciting story I had a hard time putting down to do dreary, necessary work at home. Yes, laundry got ignored and there are some white shirts that now need to be ironed badly, but it was worth the extra ironing to finish this intense mystery and not have it plaguing my mind at bedtime. (I like my sleep)

My husband recently downloaded a book based upon the reviews.  The 5 star ratings made it seem like this was one of the most well written books in history.  It was the right genre–starting life over in a post-apocalyptic world–KABOOM!  Good MAN stuff.  How could he go wrong?

Well, when a review is vague or outright lies, you can go very wrong.  My husband finished the book, but he complained the whole time about what a cheesy, terrible, boring plot it was…and wondered why it was called The Mission.  He was done and didn’t know what mission those bozo characters had done.  And there were mutant mind-reading goats in the story–in fact, they were a central part of it…but nowhere in the reviews were they mentioned. END_OF_DOCUMENT_TOKEN_TO_BE_REPLACED