I finished an awesome series of books this month by Laila Ibrahim. They dealts with the topic of slavery and the injustices black people faced even after it was supposedly eradicated. The first two books were my favorite. I inhaled both of those stories. The third was okay, but not as good as the first two. But it tied up the history of the characters at least, so we could be done. I still highly recommend it. let’s start with the first book.

END_OF_DOCUMENT_TOKEN_TO_BE_REPLACED

Okay, I’m way behind on reading Brandon Sanderson. Last year, I read my first book of his in the Stormlight series. Those are incredibly long books that were hard to get into. Once I did though, I became hooked.

But my daughter had me read the Mistborn series during Quarantine, and I liked these even better than the Stormlight books. The Mistborn set might be my new favorite books ever.

I’m not going to review each individual book, but tell you about the first three and the last three (which are separated by 300 years in that story’s history). END_OF_DOCUMENT_TOKEN_TO_BE_REPLACED

What do all these things have in common? They were in books I read in July. Here’s reviews on each of these awesome books that I highly recommend reading, if you haven’t already.

The Book of Sorrell

This was Jennifer Peel’s first try at a paranormal romance, and I thought she did a really good job. The story and characters were super intriguing and kept me flipping pages quick. Sorrel owns a bakery and is the community’s favorite person, due to her uncanny knack for making them feel happy, helping them heal from sicknesses, and knowing what couples will make it or not when they come in to order wedding cakes. But she has a secret. She’s immortal—a member of the Tellus family. Earth.

When investigative reporter, Eric Knight, enters her shop to do a story on her, their lives will never be the same again…because he has a secret as well. There is a weird connection between them right from the start, although they both work tirelessly to fight it.

I highly recommend this one. The forbidden romance will keep you on the edge of your seat.

Buy The Book of Sorrell on Amazon 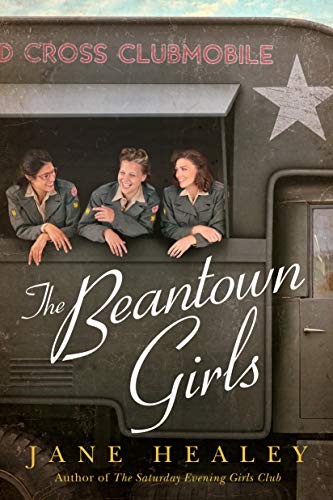 Super interesting WWII book, from the perspective of Red Cross Doughnut girls. These American girls were volunteers who had to pass a rigorous testing to make sure they were physically fit, socially charming and outgoing and could drive and repair trucks. They were sent overseas to train to drive Red Cross-Mobiles that they made and served doughnuts and coffee out of to the troops in England and at the front in France and other places during the war.

This story follows four friends from Boston who go over together. The one girl’s fiancé is missing in action. This pushes her to volunteer, hoping to find out whether he is alive or not. Every soldier reminds her of him. It’s a story of growth, moving on, loving again, and grief and loss. It really tugs at all the emotion strings as each girl goes on her own journey of self-discovery during the awful war. They see terrible things, lose friends they’ve grown to love, and ultimately help serve and lift the troops from despair.

It was a unique view of the war from a woman’s perspective in the Red Cross, which I found fascinating. At the end, the author tells you which incidents in the story are true and which are made up. It’s well documented from actual accounts from Red Cross girls that served during this time. If you want a different slice of WWII history, this was a good one. 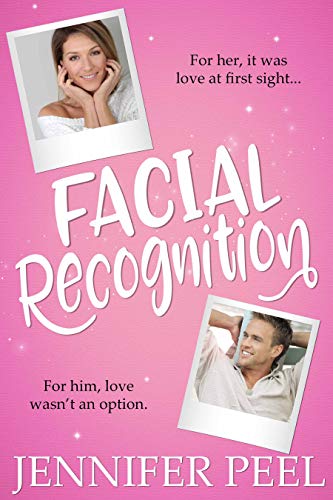 Another one by Jennifer Peel. She’s put out several great stories this year. This is a fun contemporary second-chance romance. Gracie has loved Brooks since she was fourteen and her inner voice said, You’re going to marry that man. But after he stood her up at her senior prom, never spoke to her for the rest of senior year, and then moved out of her life when his parents divorced, she had to give up on him. He seemed to easily erase her from his life.

Now, twenty years later, he walks into the spa she owns to get a facial that his girlfriend bought for him. The girlfriend that kept him from seeing her in high school. The one she pretty much despises. Morgan is still running his life, although it’s not a good life. He’s not the boy she remembers, although that stupid inner voice still tells her he’s the man she’s going to marry. Too bad he never got the memo.

This story and the mystery of why Brooks acted as he did back then…and now…was riveting and tugged at all the major heartstrings. Wow. Major played with them. It’s swoony, yet clean, and had great character growth. I always love Peel’s characters. They deal with difficult issues, but the story is still told in a really fun way I adore.

I will end by leaving you with wishes that your life will be full of curses, doughnuts and facials soon. These books might leave you “almost” liking 2020. 🙂