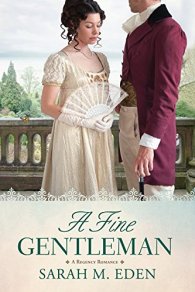 Okay, this title might sound boring, but the book is anything but! And I’m not talking about the type of pork butts that my husband smokes up outside. I’m just saying (in a long round-about way) that this book is incredibly awesome. It’s one that made me smile the whole way through as characters became friends, and their trials and triumphs became mine as well.

Let me first give you the riveting blurb for A Fine Gentleman so you know it’s anything but boring.

Jason Jonquil can’t go anywhere, it seems, without hearing at least one of his many brothers praised to the skies. He is hard working and accomplished, but no one seems to notice. Especially Miss Mariposa Thornton. On the surface, she seems quite empty-headed. But Jason is certain she is hiding something. Initially, he wants nothing more than to be rid of the exasperating lady. But as her mask begins to slip, he finds himself wishing she saw him in the same way the world sees his brothers: as a gentleman worthy of admiration, respect and love.

This Regency period romance was spectacular! Mariposa and her abuela have been on the run for years—ever since their beloved home in Spain got overrun by Napoleon’s troops. She has lost her father, grandfather, and brother to the war, and has been separated from her mother and younger brother in the process of escaping to England. Desperate to find them, she turns to a barrister, Mr. Jason Jonquil, to help her find her last living relatives. But with a murderous spy on her tail, she dares not tip her hand or trust anyone—least of all Mr. Jonquil, who is a stranger. Treating him with superior disdain and condescension, she maneuvers him into helping her, while irritating him to no end. Will he ever see beyond the haughty mask she wears to protect herself and her family? Or will secrets and deceit forever keep them apart? 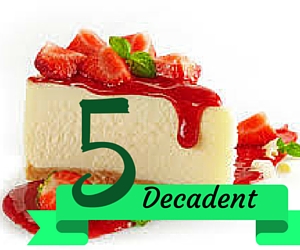 I absolutely loved the characters in this book—even the side ones. They’re just as much fun as the main characters. The story has the perfect amount of romantic tension and suspense. The character arcs for both hero and heroine are sublime and beautiful to watch unfold. I devoured this book once I started. I meant to eat it in proper portions—just like Jason Jonquil (a fine gentleman) would do with one of my husband’s pork butts—but then I gave up and gorged like a starving woman at a Vegas buffet. Burp. Excuse me.

I rated it a 5 all the way across the board–Amazon, Goodreads, and my highly critical Sweet Scale that you can read more about in the top bar. It has everything I like in a scrumptious read.

Check out a Rafflecopter giveaway for a chance to win a copy of this book and some Amazon cash. You can use it to buy some pork butt for your next BBQ. And don’t miss out on reading about all of Sarah’s books on her Amazon page. She’s a great author who never disappoints.

Hope your first full week of March is amazing and beautiful. Happy reading!

More stops along this blog tour:

10 thoughts on “A Fine Gentleman”