Treat time! No…it isn’t chocolate (unless a planet on a collision course with Earth is made up of chocolate–please let it be dark, with toffee chunks. I would die happy!).But sorry, this post will not treat you to that kind of news.

Today’s treat is an interview with an author who loves chocolate though (next best thing to eating your own Skor bar).

Dianne Gray is here to answer a few questions I’ve whipped up for her. I’ve followed Dianne’s blog for a while now and read a couple of her books. This Aussie has talent (a list of awards a mile long)…and she’s funny too. Hope you enjoy getting to know her better.

Tell us a little about yourself, Dianne.

I hope you’ve got a few weeks 😉 In a nutshell – I’m addicted to chocolate and writing. I’m the second youngest child of six and I’m a Sagittarian. I’ve worked as a researcher, a communications strategist, a waitress, a barmaid, a freelance writer and an assistant in a crocodile farm. I’m now semi-retired and writing full time.

Wow! You’ve done a little of everything. How would your friends describe you?

Clumsy, friendly, honest, kind. I was once told I had a ‘happy disposition’ and I still don’t know if that was a compliment or an insult.

How could happy ever be an insult? But the “Clumsy” and “assistant on a crocodile farm” signal disaster to me. Did anything dangerous every happen to you on the crocodile farm?

Don’t let the baby Crocs pretty color tempt you to let down your guard. They’re vicious!

There was one time when I was pretty busy and my hubby dropped in to bring me coffee. I asked him to get the little croc out of its tank to show some Japanese tourists. I’d put some sticky-tape on its mouth so it couldn’t bite, but there was a little bit of water in the tank and the tape didn’t stick (oops). The next thing I heard a lot of squealing and laughing outside so I dashed out to see all the tourists standing in line taking photos of hubby. I ran to him and he said, ‘it bit me!’ I grabbed the croc off him and turned around to see the tourists all had blood spatter on their white t-shirts where hubby had quickly pulled his bloodied hand out of the croc’s mouth. It all happened so fast none of them noticed the blood hitting them – either that, or they thought it was part of the show and didn’t care about their shirts. That was the last time hubby ‘helped me out’ at the croc farm!

Yikes! I’m glad your hubby still has a hand. Now for a few oddball questions. What is your favorite book character?

Alice – from Alice in Wonderland. My life seems a bit like hers sometimes.

My favorite is definitely seafood of any kind. I love it!

What is your favorite Book?

Midnight’s Children by Salmon Rushdie – without a doubt.

What is a silly quirk you have?

I will NEVER put my shoes on a table. I consider it bad luck.

What are some of your favorite things?

I love the ocean and fishing at the beach. I love the pictures I have of my ancestors and I love my dogs.

I just finished The Everything Theory. You had those characters running all over the earth. Tell my readers a little about this book.

This book is a thriller based on ancient mythology, archaeology, world religions and indigenous cultures. Luke Canning is an amateur astronomer who discovers evidence that ancient civilizations have left intelligent messages for future generations. With the return of the 10th planet, Luke is caught up in a deadly race to seek out the secrets of the ancients and carry them safely into the next age. The Everything Theory was shortlisted in the 2009 Australian/ New Zealand IP Awards.

That’s a great honor, Dianne. What was the inspiration behind this book? 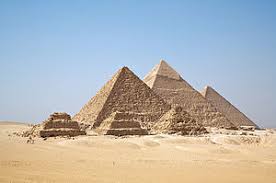 The inspiration came from the Pyramids and other ancient structures and how they were actually built. I’m intrigued by ancient places and civilizations and the science that we seem to have ‘forgotten’. I’ve placed a character in a position where he discovers something and this reveal opens up an entire world that we never realize existed.

What got you started on your writing journey?

I started writing when I heard about a particularly heinous murder and I needed to sort things out in my head. I wanted to know why people kill and I think I found the answer when I wrote my first novel (which I’ve never published).

Do you have a favorite character you have written so far?

I’m sure Cayo from The Eleventh Question is my favorite (but don’t tell any of the others that!)

I want to read that one next. Are you working on any other stories?

I’ve had a bit of a writing hiatus lately while I’m trying to get the Rugby Union Club (fondly known as the RUC) in a livable position so I can get back into writing again.

I’ve got three novels waiting in the wings. In the Company of Beasts (which is a follow-on from The Eleventh Question). An unnamed novel about a serial killer who kidnaps a writer so she can write his life story (the only problem is – she’s a plagiarist and now needs to write to save her life). And the third is The UltraTerrestrials which delves into the world of mythological creatures.

These sound great! Good luck getting the RUC done (and I hope you don’t run across anymore snakes… EEEEK!). Thanks for stopping by to tell us a little more about yourself and your books. I’ve read Wolf Pear and The Everything Theory and love your writing style. Don’t take too long of a hiatus, Dianne. Those new books are calling to you to finish them (or is that me?).

75 thoughts on “Death by Chocolate–Interview with Dianne Gray”