V is for Vixen and Voldemort (for you Harry Potter fans).

The Dictionary has two definitions for Vixen: 1) a female fox; and 2) a spiteful or quarrelsome woman. The Dictionary doesn’t have to define Voldemort, because he is the most evil wizard of all time and we all know that.

I thought I’d compare these 2 V words today and choose a winner. To start off with, let me introduce you to this cute Vixen we met camping last year. Notice a few characteristics of a Vixen: inverted V-shaped ears (lovely), nice pronounced nose (all the better to smell you with, my dear), lovely hair that looks freshly brushed, and a bushy tail that gives it that sexy aura.

Now let us compare that to Voldemort. Notice the differences. Smooshed ears (the V-shape a preschooler might draw), no nose (a little freaky), no hair (but think of all the money he saves at the salon), and no tail (but he does have a deadly wand and isn’t afraid to use it). 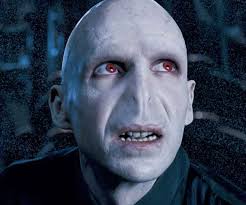 Noseless freaks that wave around wands when they’re angry make me a little nervous. Vixens don’t. I liked the colors on this one. And doesn’t that tail look cuddly? Much better than a hard magic stick.

If you chose Voldemort as the winner, watch out. He’s not even nice to his supporters, and might let his snake eat you for dinner. Vixen’s don’t do that (at least the ones here in Idaho). ***And in case you’re some super genius biologist and can tell what sex these foxes are from the pictures…and I happened to guess wrong and they aren’t female foxes…keep your comments to yourself. I don’t care if they are male. For today’s post, they are Vixenized!

38 thoughts on “Vixen and Voldemort”