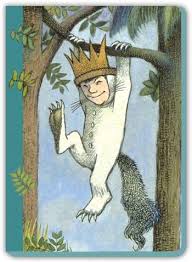 I thought I’d start the week out a little Wilde. Oscar Wilde, that is (with a lot of Maurice Sendak thrown in too). This Irish novelist & poet (1854-1900) has some great quotes that make mischief of one kind and another.  I’m sure his Mother called him a Wilde thing and sent him to bed without eating supper. That might have led to his streak of creativity. Let’s get in our boat and sail off through night and day and in and out of weeks, and almost over a year, to where the Wilde things are.

I am so clever that sometimes I don’t understand a single word of what I am saying.

And that magic quote tamed the Wilde things. I can relate to Oscar’s quote. It reminds me of the scene in Napoleon Dynamite where Napoleon asks that Chicken farmer if chickens have large talons, and the guy answers something to this effect: “I didn’t understand a word that just came out of your mouth.”  Oscar Wilde was a clever one, just like Napoleon Dynamite. When you say something and all the Wilde Things around you give you blank looks, then pat yourself on the back (without throwing your back out) and join the Clever Club! 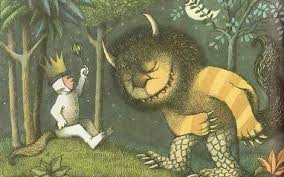 The Wilde things made Oscar King of the Wilde things (which was nice since his surname was Wilde), and then they held a wild rumpus. He finally told them to settle down and go to bed without their supper…but he was lonely being with a bunch of Wilde things that wanted to eat him. Yet he knew a secret which gave him the upper hand:

Always forgive your enemies; nothing annoys them so much.

And so he did. But he wanted to be where someone loved him best of all. And he realized, as all of us should, another secret:

Be yourself; everyone else is already taken. 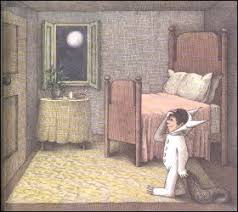 There is no sense rushing around through weeks and years, and around the world trying to be someone else that you aren’t. You’ll just end up disappointed when you realize the spot has already been taken. So EAT UP THE FACT that YOU are who you should be. There is something empowering in that truth. And when you stand up for who you are and say NO to those wild things in your life who want you to be something You’re not, then you’ll land back in your own britches where you belong…and probably find a hot supper waiting for you.

P.S. Where the Wild Things Are is one of my favorite children’s books EVER! Do you have a favorite picture book you’ve read so much that you’ve memorized it?

21 thoughts on “On the Wilde Side”