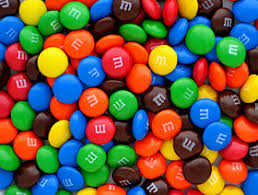 Have you ever wondered why pigs’ tails are curly?  And why are those delicious round candies called M&Ms instead of C&Cs? They’re chocolate candy, right?  Both words start with C’s, not M’s.

Has anyone ever asked you a stupid question?  My mom told me there was no such thing as a stupid question. Forest Gump said, “Stupid is as Stupid does.” But sometimes I wonder! I have a daughter who loves to talk. She’ll ask me whatever comes off the top of her head.  These off-the-cuff questions stump me all the time.

So in honor of my daughter and all others out there who aren’t afraid to ask stupid questions and become the Einsteins of the next generation…here’s a bunch of questions just for YOU!

What came first:  the chicken or the egg?

(The stupid question that has passed the test of time)

Who came up with dinosaur names?

(They’re way too hard to pronounce, except for 4 year olds)

Who came up with the term: LOL?

What does Hello really mean?

(If you break it down, it almost sounds like you’re cursing someone instead of greeting them)

Why are stop signs octagons instead of heptagons or just plain squares?

(Those shapes would be easier to make)

Why is football named that when only one player on the team uses his foot?

(Look at all those guys–they’re touching the ball with their HANDS! That should be a penalty!)

OUCH!  My brain hurts.  Maybe I shouldn’t get mad at my daughter anymore for asking stupid questions.  It’s harder to do than it seems.  Why don’t you give it a try before the day ends and see if you agree!  Feel free to leave your comment here with YOUR stupid question.

Images from Stockxchng or Microsoft Images, except the dog (I linked to the picture back to that site).

36 thoughts on “Stupid is as Stupid does”