Ginger is a very social dog.  When we got her, we planned on her being an outside dog (and my house would be immensely less-hairy if she had cooperated).  But she insisted on being near one of us all the time.  She doesn’t like to go outside, unless someone will go with her (big blond wimp).

Of course, we—her family—are her best friends. Ah!  My kids get a kick out of Ginger’s eyebrow twitches and the way she’ll come up and lick their toes to let them know she’s still alive and loves them.  But I want to focus on her canine friends today.  These are who she hangs out with when we leave town (she hates the kennel; they treat her like a dog…ha,ha).

This is Phoenix.  He’s my brother’s massive Marmaduke dog.  This guy is probably two of Ginger, but he’s the nicest dog alive.  My brother named him Phoenix because he is the size of that Arizona city.  I love this picture.  He just plops down on the couch to shoot the breeze with the humans.

Ginger and Phoenix love to play chase.  They’re two silly kids when they get together.  Ginger feels Phoenix is like playing with a horse.  Giddyap!  The only negative of Phoenix is his drool and the fact that he’s bigger than me and knocks me over when he runs past me.

This is Sir Nicholas de Mimsey-Porpington (or just Nick).  He’s my cousin’s dog.  Nick loves Ginger.  He’s smaller than her, but Ginger is alpha dog to none—so she lays on the ground or stands still and lets Nick sniff her until he is satisfied.  I am glad I’m not a dog.  The sniffing thing would really gross me out.  Nick is an acrobat compared to Ginger, and can jump on 2 back legs and dance.  He’s named after Nearly Headless Nick from Harry Potter.

This black fur ball is Roo.  My kids call her Roocifer, because she reminds them of Satan (she’s quite moody and elitist).  She’s my sister’s dog (although she has only lived with my sister for a few months in her life).  My mom, bless her sweet soul, has taken care of Roo for many years (since my sister’s husband would probably use Roo as bear bait or target practice if she lived with him.  Roo, with her snobbish upbringing, wouldn’t last long in a cowboy household.)  As you can see, Ginger is quite taken with her.

This sweet, mellow dog is my favorite friend of Ginger’s!  I don’t know if she has a name.  I’ll just call her DOG.  Ginger loves DOG because this friend is the only one that allows Ginger to be alpha-dog.  Ginger loves that feeling.  I love DOG too.  In fact, if Ginger ever dies, I will only consider replacing her with a dog like DOG.  I like that DOG doesn’t poop, bark, shed, or slobber.  All you have to do is move her occasionally to dust.  (I can handle that). 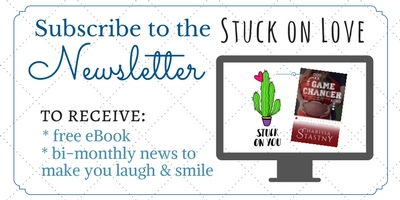