Okay!  Let’s get down to business.  You’ve learned how to keep your wrists from getting all bent out of shape in Lesson 1—that’s important!—and you’ve gathered how to freewrite in Lesson 2 by leaving your creative droppings all over the wide open range of the page to collect golden nuggets of ideas later on.

Well, now it’s later on!  What do you do with all those nuggets of ‘gold’ after you’ve found them in that mess of chaotic droppings on your page?  How do you start getting down to the business of writing?

First off, you need to understand that all writing is imaginative.  No matter if you are reporting about a true event that happened yesterday to your Uncle Joe and his pet kangaroo at the rodeo or if you are making up a story about zombie aliens from planet Erp!—the writing is all invented because you are translating an experience or idea into words.  There’s no right or wrong…although there are lots of goods and betters (but we’ll worry about that later).  No one ever captures an experience in words perfectly…but the point is to perfectly experience what you do capture!

And now a math equation to scare you: WORDS = WORLD

It’s true—just like absolute zero and E=MC(2) (or squared—I can’t figure out that symbol on my computer)…when you write down words and string them together, you form a new world.  Talk about POWER.  You control the characters which develop with each letter you strike (except the ‘squared’ symbol); you control the setting and boundaries, the emotions and dramas.  It can be a heady experience. 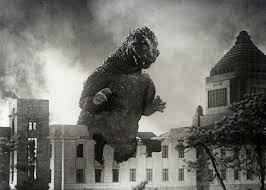 Hopefully these lessons will prepare you to be a good MASTER of your WORLD of WORDS and not a GODZILLA freak who wreaks havoc on word cities.  I don’t like Godzilla.  He’s scary…and a little hokey looking.

No two people will write the same story—even about the same event.  It’s impossible because there’s a bajillion ways to mix up words and push them around on a page.  Think of words as a flock of butterflies (they’re really called a rabble of butterflies, but that sounds stupid.  I’d rather call them a gaggle or a flutter of butterflies…but not rabble.  That makes them sound like a gang of hoodlums).  There are millions of them and no matter how fast you cast your net about trying to catch the pretty things, most are going to get away.

So you have to be content with the ones you catch, and use those to discover and reveal new insights in the recasting of your experience or thought.  You’ll be surprised, for just as all writing is invented, it’s also autobiographical.  It’s impossible to tell the whole truth with those few butterflies you catch; but the way you pin them to the page will reveal a ton about YOU.  It’s one of the WORD ironies of life. 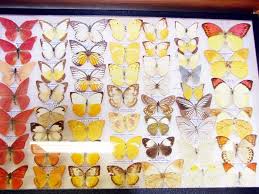 C.S. Lewis says this: “You can make anything by writing.”

I believe Clive.  If you do too, take the nuggets of thought you discovered in your freewriting and decide what to make of them—cow patty Frisbees? or maybe a cow patty fortress or castle…or better yet, a world!  Decide what your ultimate goal is and then work to make it happen.  Stop playing around the dung heap and start building your castle…and then your world!  MOOO!  Or FLUTTER-FLUTTER like a rabble of butterflies.  You get the picture.